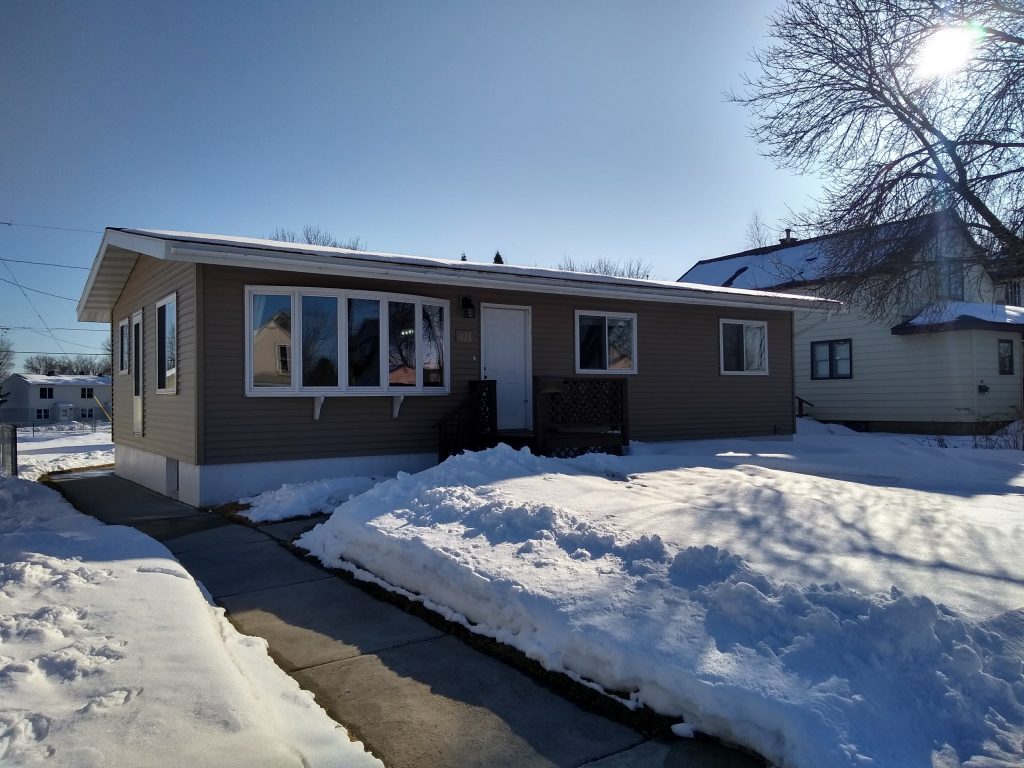 Beautifully remodeled one level living! 2 bedrooms, 1 bathroom, and laundry room all on main floor! Newly tiled and finished bathroom includes electric in-wall heater! Spectacularly finished kitchen with many features — including under cabinet lighting! Full, poured, dry basement –ready to be finished to the buyer’s liking — includes: 1) a large family room with an egress window — once used as a lower level living space; 2) a large bonus room that could potentially be a third (or fourth) bedroom; 3) a second bathroom with shower; 4) all new heating and central cooling systems (new zoned high efficiency furnace in November 2017, new central air system in 2016, new gas water heater in 2014). New quality vinyl siding in 2012. New garage built in 2008. New shingles on house in 2007. Nice steel shed in back yard. Electronic keyless locks on house and garage! Call today to schedule a showing!

Homeowners are getting richer, thanks to rising home values. The amount of equity that homeowners can tap into is now at the highest level on record, according to Black Knight Financial Services, a mortgage and finance industry solution provider.
The amount a borrower can take out of a home—while still leaving 20 percent in it—increased by a collective $735 billion during 2017. That is the largest annual increase by dollar value on record, according to Black Knight. The collective amount of tappable equity now stands at $5.4 trillion, 10 percent more than the prerecession peak in 2005.
“There’s no question that a majority of homeowners have amassed considerable equity gains since the downturn,” says Lawrence Yun, chief economist of the National Association of REALTORS®. “Home prices have grown a cumulative 48 percent since 2011 and are up 5.9 percent through the first two months of this year.”
Homeowners are being more conservative, and lenders are much stricter when it comes to tapping into home equity. Homeowners took out $262 billion in cash-out refinances or home equity lines of credit last year, which is less than 1.25 percent of all available equity and is at a four-year low.
“While rising rates tend to dampen utilization of equity in general, the market is poised for a strong shift toward HELOCs, as they allow borrowers to take advantage of growing equity while holding on to historically low first-lien interest rates,” says Ben Graboske, executive vice president of Black Knight Data & Analytics. “Over half of all tappable equity—approximately $2.8 trillion—is held by borrowers with credit scores of 760 or higher and first-lien interest rates below today’s prevailing rate, which creates a large pocket of low-risk HELOC candidates.”
The amount of homeowner equity varies depending on location. Thirty-nine percent of the nation’s total tappable equity is in California alone. Seattle and Las Vegas have also seen large increases in home equity, Black Knight notes. 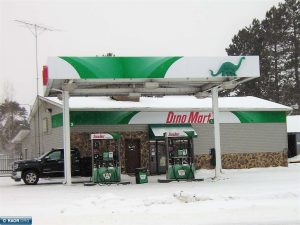 Why Buyers May Lose If They Don’t Act Now

Rising mortgage rates could have a big impact on the direction your buyers choose when shopping for real estate, economists warn. “Every time the interest rates go up, you eliminate a group of people who can no longer afford to buy a house,” Don Frommeyer, a mortgage broker at Marine Bank in Indianapolis, told realtor.com®. “Some people may have to rent for a period of time until they make more money—or buy a smaller house.”
To avoid further complications in their plans, your buyers may want to speed up their home search this spring, as interest rates are forecasted to move higher in the coming months. Forty-four percent of home buyers say rate increases likely will force them to settle for a smaller, less expensive home that requires a longer commute to their jobs, according to a realtor.com® survey. First-time buyers may be most affected by rising costs, as increasing home prices and interest rates price some out of the market.
Mortgage rates are at their highest levels in more than four years. The 30-year fixed-rate mortgage averaged 4.46 percent last week, according to Freddie Mac, and that’s largely expected to increase since the Federal Reserve said it is likely to raise its short-term interest rates this year. That could prompt mortgage rates to move higher at least three times this year, starting this month.
“For the bulk of buyers, it’s not going to kill their decision to purchase a home,” Rick Palacios Jr., director of research at John Burns Real Estate Consulting, told realtor.com®. “If anything, it will get them off the fence by creating a sense of urgency.” Higher rates are “a kick in the pants for you to start thinking seriously [about buying].”
Rate increases—even minor ones—can add up over time. Realtor.com® offers this example: On a $300,000 house with a 30-year fixed-rate mortgage and 20 percent down payment, the difference between a 4 percent and 5 percent mortgage rate is $142 a month. Calculated over the life of the loan, that is more than an extra $51,000. “Buyers thought they could wait forever because rates were going to stay low forever,” says Palacios. “They’re starting to realize that if they’re going to buy, they should probably buy now.”
Home buyers who are concerned about rising rates may want to lock in with a lender, which guarantees the current rate for a set period of time. Still, don’t let your clients linger on making a decision. It typically costs several hundred dollars to lock in a rate. 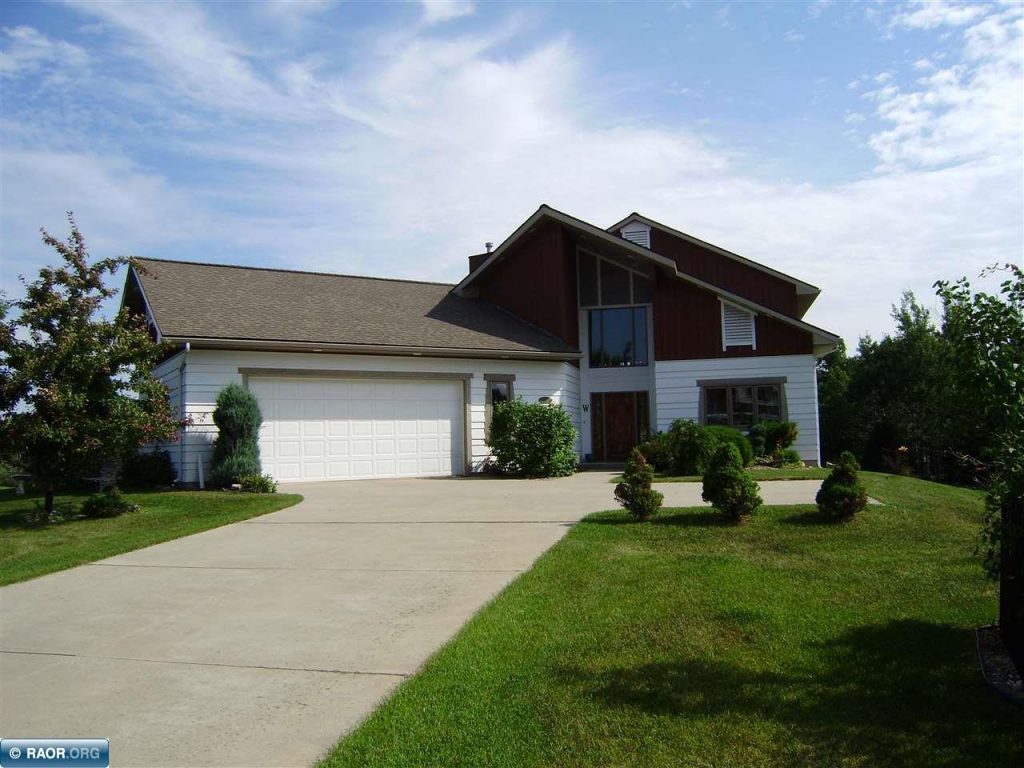 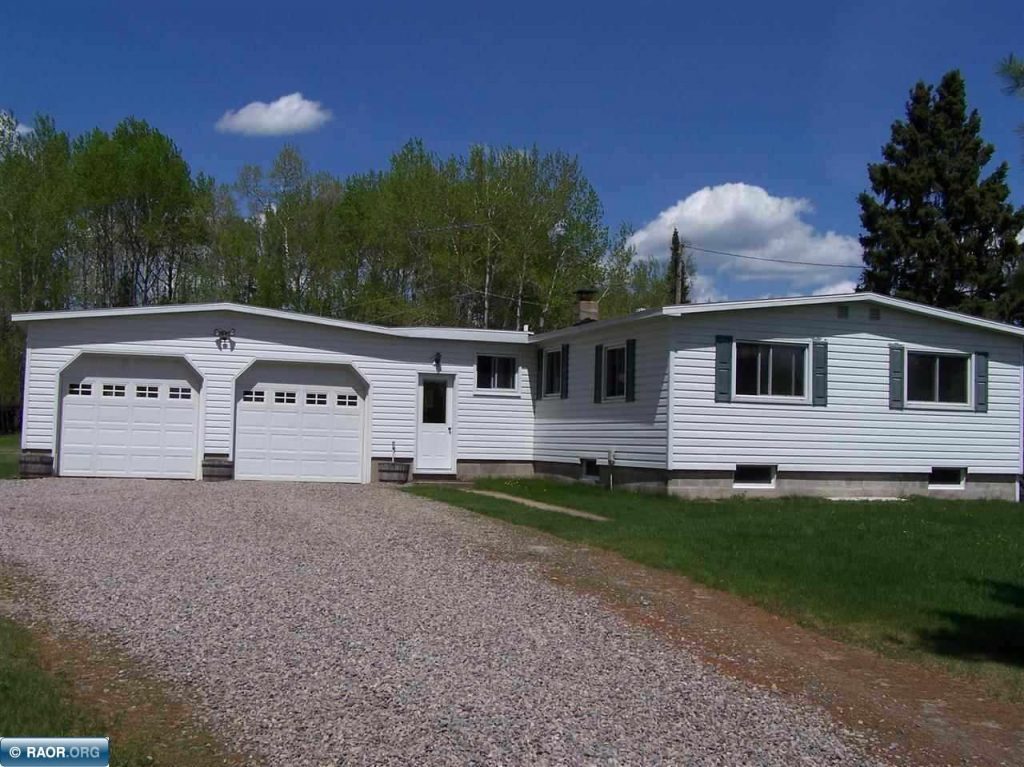 If you are looking for seclusion, acreage, lakeshore and a nice home — this has it all. 1,171 ft of lakeshore on 8.48 acres at the end of a dead end road just minutes from Hibbing and Nashwauk. This home has a large bedroom that was converted from two. Includes a walk-out basement with a workshop, full bathroom, and a fireplace in the main room (which could be carpeted for a great rec room.) This property also has a large pole building for additional vehicles or storage. 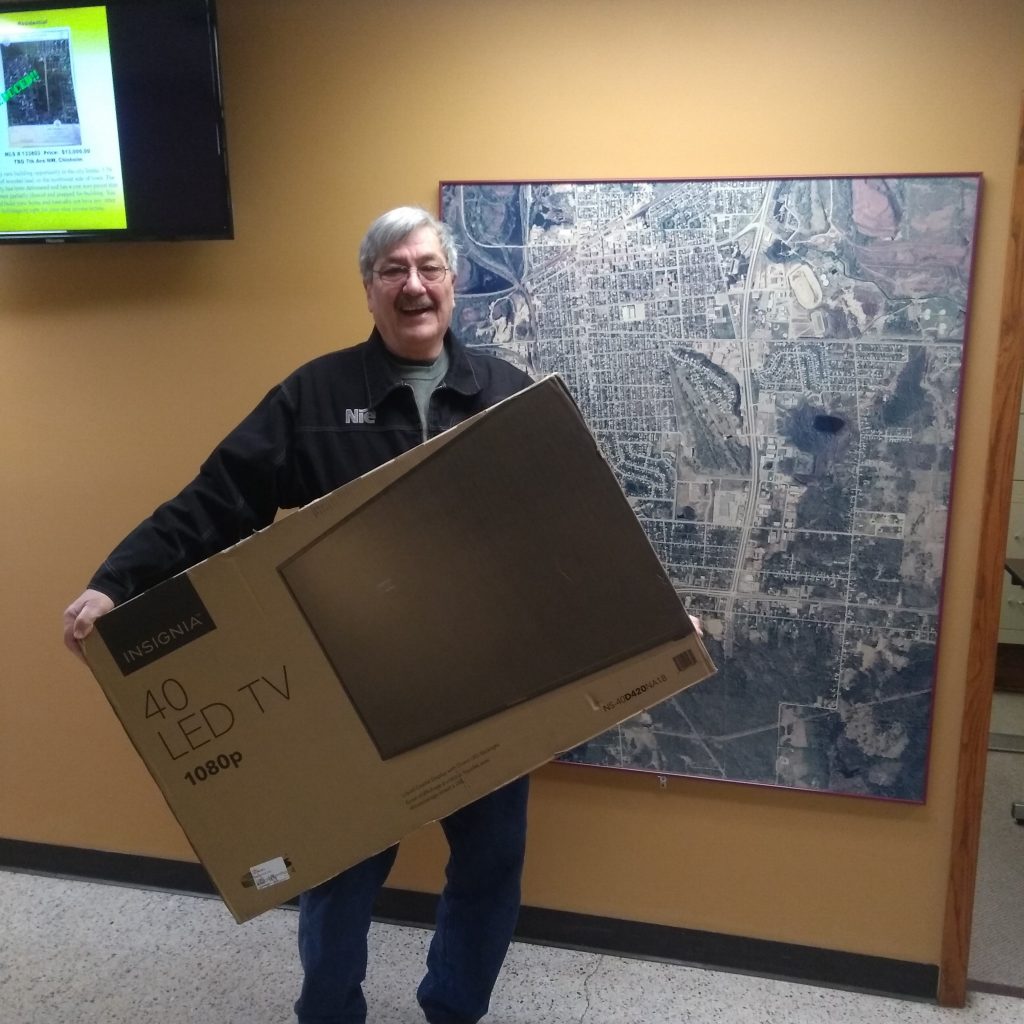 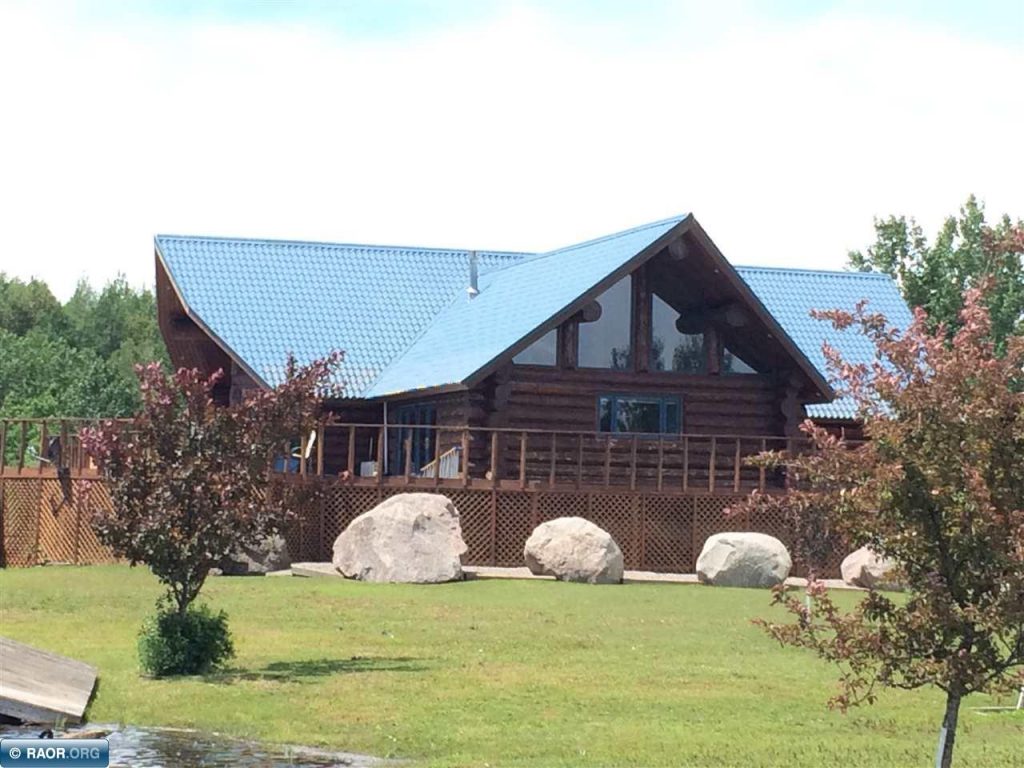 Completely private rural living with some city amenities. Gorgeous hand-scribed log home designed and built with extreme care and precision, and situated on 48 acres in Balkan. The property is surrounded by hundreds of acres of additional hunting land, and includes 5 acres of spring fed ponds full of wild life. This home is extremely energy efficient and includes in-floor heating on the main floor, and also the lower level (which is a walk-out — just a couple feet below ground level). Main floor has an open floor plan with lots of natural lighting, master and guest bedrooms, and laundry. Lower level has a large rec room, huge workshop, kitchenette, large closets and an additional laundry. Exterior includes a massive wrap-around deck, Jacuzzi house, and a 30×40 in-floor heated garage. Also — city water and a private septic.

Here are some of our 2018 Home Show Coloring Contest winners! 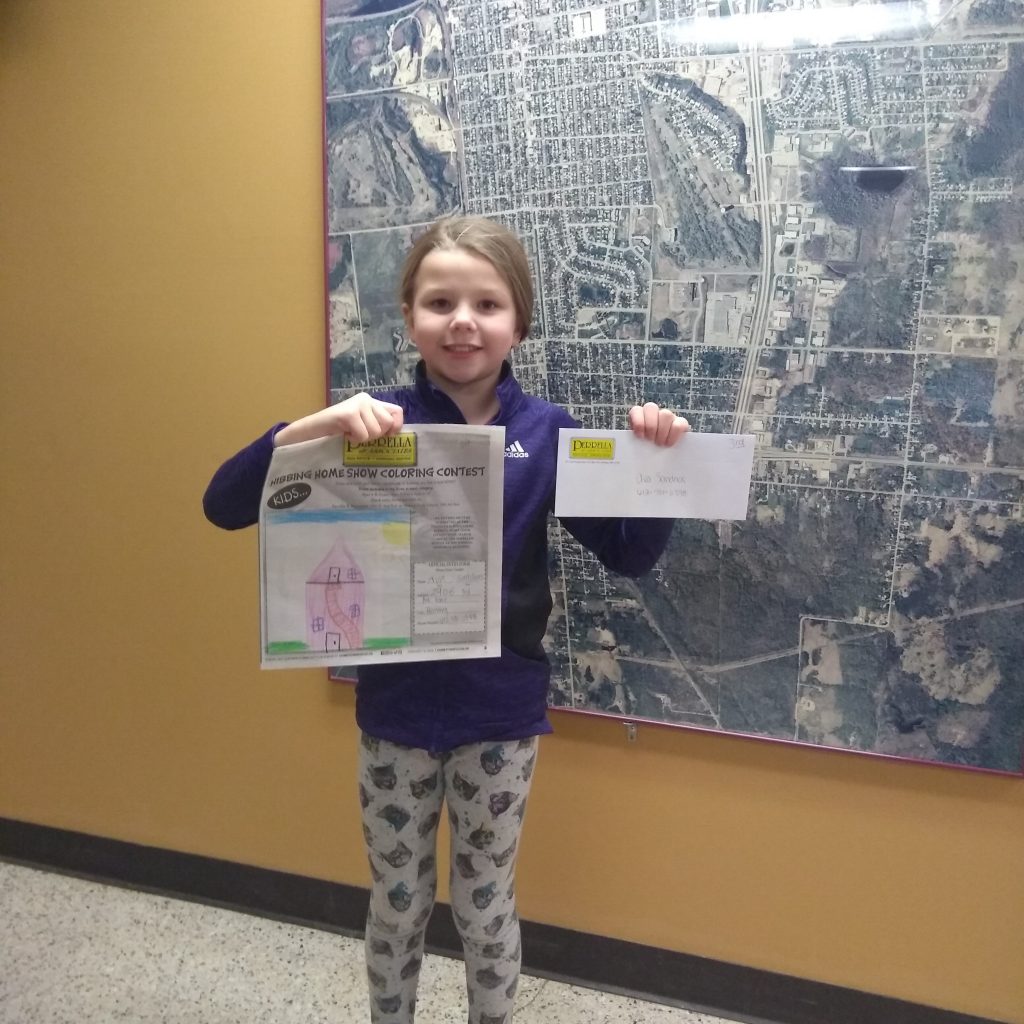 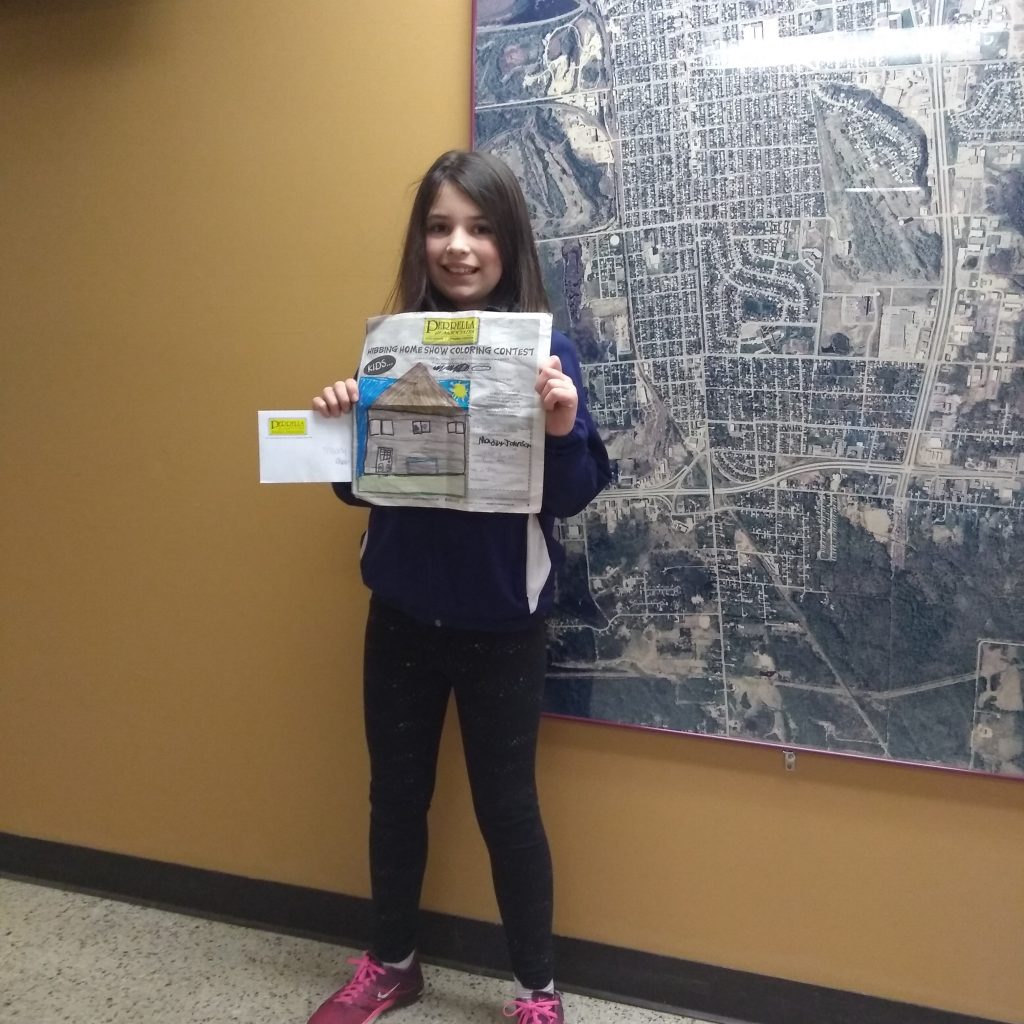 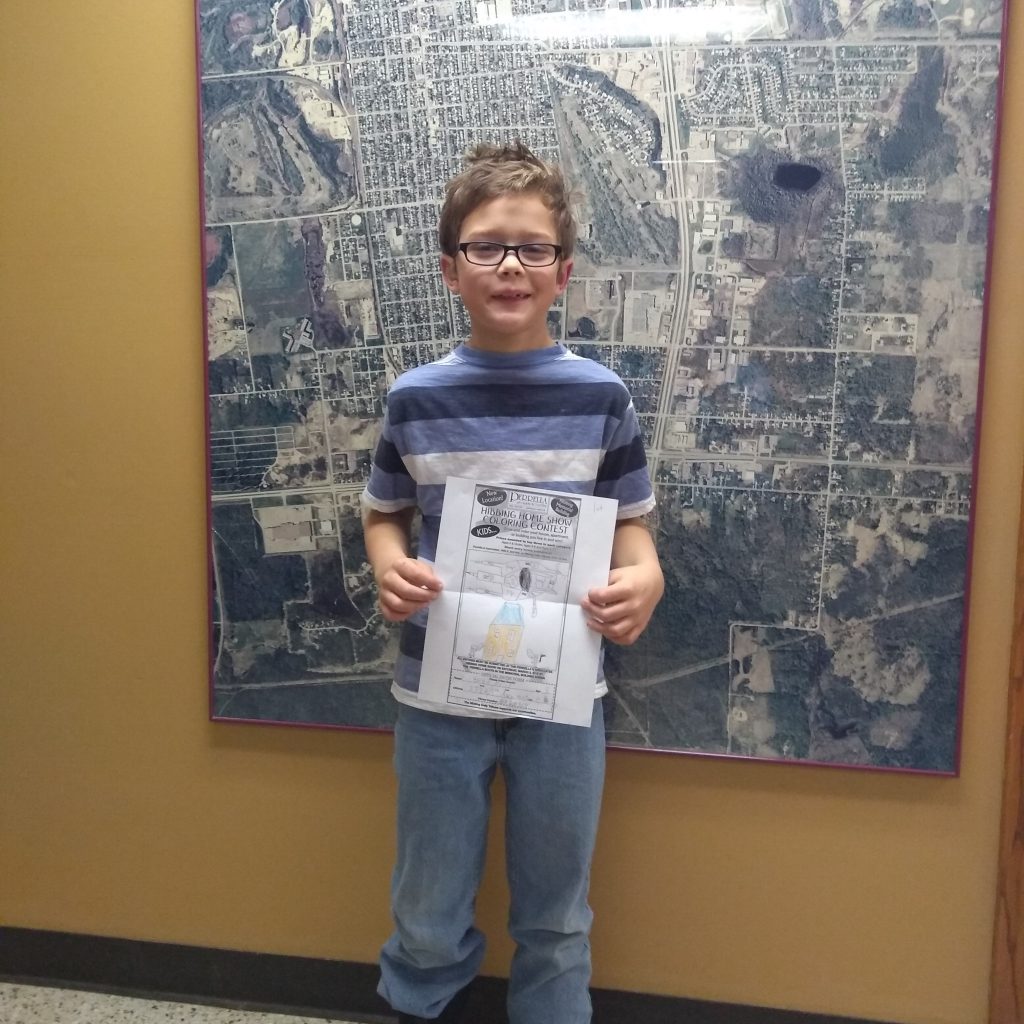 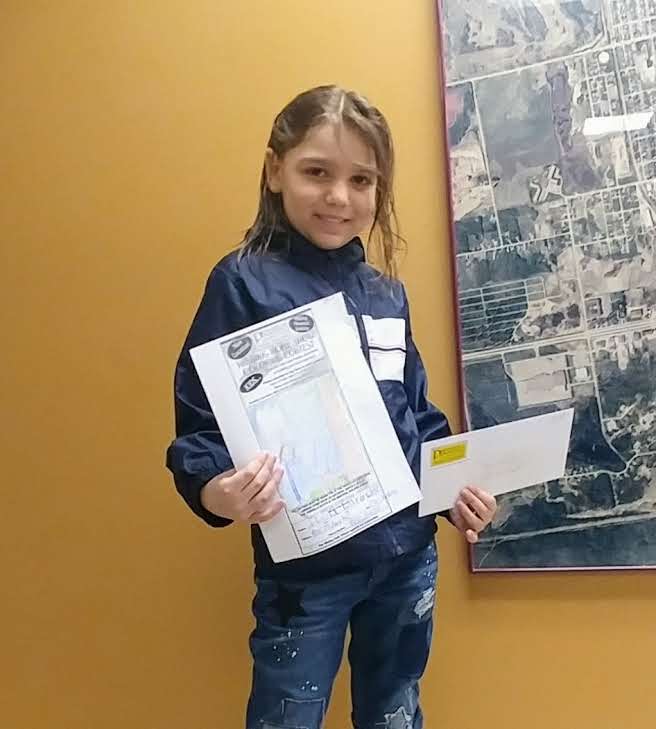